You are invited to this ART-AI and CGR&IS (The Centre for Governance, Regulation and Industrial Strategy) virtual FinTech workshop taking place on 28th April 2021, 09.45am-15:00pm 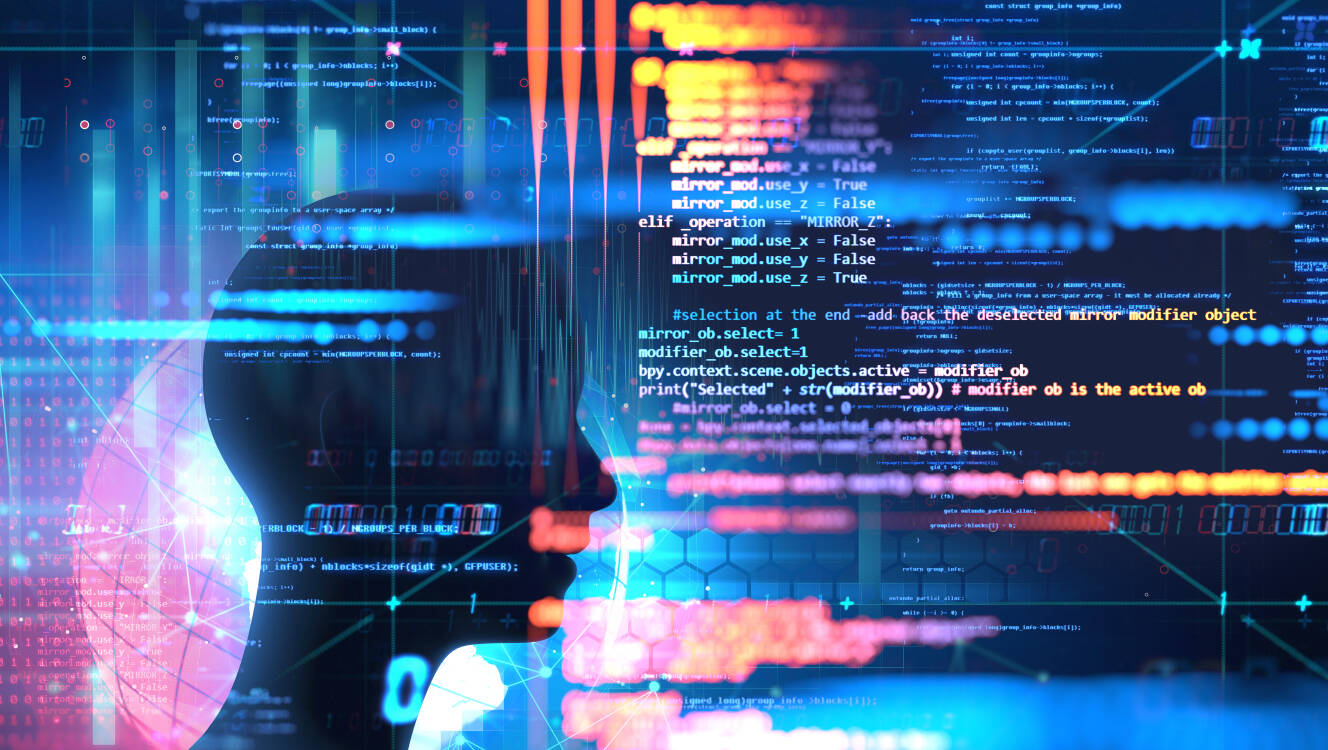 Please see this link to the event report.

Financial products and services are being transformed by developments in computing, automation, communication technologies, and lately in artificial intelligence. These developments are materially impacting the shape of financial intermediaries and the role they play in providing finances, which in turn affects access to and cost of capital for individuals and companies. Consequently, in the long run such financial technology may determine the development paths of countries and regions. Alongside new opportunities created by the advances in financial technology, numerous challenges are emerging in this highly dynamic field. This workshop brings together leading experts from the financial industry, regulatory bodies, and academia to discuss the role of Artificial Intelligence (AI) in:

20 minute talks, followed by 1 hour of Questions and Answers

20 minute talks, followed by 1 hour of Questions and Answers

The application of Machine Learning technology to massive datasets has the potential to generate important innovations, improve the quality of existing online products and enhance the monetisation of online products (for example through targeted advertising).

However, much of the data available online is proprietary and in the hands of the largest digital ecosystem firms. This is especially true of cross-market personal data. While these firms can, and do, use these data themselves, their preferential access potentially gives them a competitive advantage over smaller players, which in turn risks creating an unlevel playing field in terms of competition and new innovation, and in doing so could well inhibit innovation.

To address this (and other) competition concerns in the digital economy, there are proposals in the UK and EU to introduce pro-competition regulation for the big tech platforms. As part of this, they may be required to open up their data, either via data mobility (consumers porting their data to new suppliers) or data access (enabling smaller players to apply their ML to the data of the larger firms. This talk will describe these pro-competition initiatives and discuss some of the challenges.

Amelia Fletcher CBE is a Professor of Competition Policy at the Centre for Competition Policy, University of East Anglia. She is also a Non-Executive Director at the UK Competition and Markets Authority and a member of the Enforcement Decision Panel at Ofgem. From 2013/4 to 2020, she was a Non-Executive Director at the Financial Conduct Authority and the Payment Systems Regulator, and has been a member of DGComp’s Economic Advisory Group on Competition Policy. She was a member of the Digital Competition Expert Panel, commissioned by the UK Treasury and led by Jason Furman, which reported in March 2019.  She was previously Chief Economist at the Office of Fair Trading (2001-2013), where she also spent time leading the OFT’s Mergers and Competition Policy teams. Before joining the OFT, she was an economic consultant at Frontier Economics (1999-2001) and London Economics (1993-1999). She has written and presented widely on competition and consumer policy. In her ongoing research, Amelia has a particular interest in the implications for competition and consumer policy of behavioural economics and online markets. Amelia has a DPhil and MPhil in economics from Nuffield College, Oxford.

Credit Scoring models, used to quantify the creditworthiness of an individual, have been developed using the same methodological approach for many years.  Recent developments in technology such as improved computational processing power and the availability of advanced analytics tooling have enabled Machine Learning to be evaluated as a viable challenger to conventional scoring methods.

Due to Credit Scoring being used in the highly governed and regulated world of credit risk, in conjunction with Nationwide’s desire to ensure that their members are at the heart of decisions, the need to address the following challenges was more pertinent than ever:

To resolve these issues, the Modelling team developed a bespoke “Decision Toolkit” that generated 1,000’s of informative and innovative model diagnostics that give a deeper understanding of how the model works.  This empowered Nationwide to deliver a market leading Machine Learning based approach to Credit Scoring in financial services. The future of Credit Scoring has arrived.

Matthew Jones is Head of Retail Modelling at Nationwide Building Society.  He is responsible for leading the development of analytical tooling that drive decisions across Credit Risk, Economic Crime and Collections & Recoveries. Matthew has a deep passion for driving innovative solutions to business problems, finding the right analytical tool whether basic or advanced to deliver practical solutions.  His team are the current winners of the “Risk & Modelling Team of the Year” from the recent industry wide Credit Strategy awards, following on from their previous “Innovation in Credit” award for Machine Learning the year prior. In addition to leading analytical initiatives, he leads the Risk Academy & Innovation initiatives for the Risk department, which provides bespoke training, development and innovation opportunities. He has a PhD in Statistics is an ex-lecturer in Computational Statistics at Cardiff University School of Mathematics and has 17 years of modelling and credit risk experience in financial services.  Outside of work he enjoys spending time with his family and avidly follows a variety of sports.

With the advent of climate change and global pollution, Environmental, Social and Governance (ESG) has become an inevitable new paradigm: It is increasingly recognized that ESG-compliant investing and policy design has the potential to creatively reshape entire industries and positively impact the development of economies as well as societies.

However, it has proven to be a consistent challenge to put into place effective policies and/or regulations and thus to redirect investments to support the global transformation towards a sustainable society and economy. The major roadblocks are bad data quality and coverage, ambiguity of so-called green ratings or scores, insufficient interlinkage between Greenness, the actual business and financing as well as straight-out “Greenwashing”.

Furthermore, it is clear from the outset that the ambitious – and necessarily so – goals to effect ESG compliance and more sustainability will not be realized by economization only, especially given the fact that emerging countries like India, China, and the African continent are still on a growing path.

Thus, a second paradigm change needs to take place: the realization that only rapid technological transformation and innovation may unlock enough potential to provide the necessary momentum in the change towards more Greenness.

We will explorer how patent data and AI may help to identify up-and-coming green technologies and how these can be mapped to promising investment targets.

Dr. Jan-Alexander Posth is a senior lecturer at the Institute for Wealth and Asset Management at the ZHAW School of Management and Law, with a research focus on GreenTech and finance. He has more than 12 years’ of professional track record in the financial industry, where he gained extensive expertise as a risk manager, quant and portfolio manager. Starting at Deutsche Postbank as a credit risk manager, Alex moved on to Landesbank Baden-Württemberg where he led the fund derivatives trading desk. Joining STOXX Ltd. in 2012, he was responsible for the development of smart-beta equity indices before becoming Head of Research and Portfolio Management at Tom Capital AG in 2015. Alex holds a PhD in theoretical physics.

Machine Learning is used in a wide variety of contexts from trying to replicate human sensory interpretation to mining massive datasets.  Machine Learning has been used in financial services for decades, however the confluence of larger datasets, increased connectivity, and distributed computing power has resulted in a torrent of applied systems, many old in design, some new.  Michael will provide a swift survey of some of the applications that are increasingly applied to sustainable investment, e.g. asset mapping & tracking, smart ledger timestamping, idea mining, and trade surveillance.  He will also touch on some of the dangers and perils in the application of Machine Learning in finance.

Michael is a qualified accountant, securities professional, computer specialist, and management consultant, educated at Harvard University and Trinity College Dublin. He gained his PhD at the London School of Economics where he was also a Visiting Professor of Innovation & IT.  Originally a research scientist in aerospace (rocket science) and computing (architecture & cartography), after directing the Geodat & Mundocart projects in Switzerland he became a senior partner with accountants BDO Binder Hamlyn directing global consulting, and Corporate Development Director for Europe’s largest R&D firm, then the Ministry of Defence’s 14,000 strong Defence Evaluation & Research Agency. During a mergers & acquisitions spell in merchant banking with Deutsche Morgan Grenfell, he co-founded Z/Yen, the City of London’s leading think-tank, promoting societal advance through better finance and technology.  Z/Yen is renowned for its Global Financial, Green Finance, and Smart Centres indices.  Michael is non-executive director of a listed firm, Fellow of Goodenough College, Honorary Fellow of King’s College London, Visiting Professor at UCL’s Bartlett School, Past Master of the Worshipful Company of World Traders, Honorary Liveryman of the Furniture Makers, Water Conservators, Marketors, Tax Advisers, and International Bankers, and Alderman and Sheriff of the City of London 2019-2021.  He is Emeritus Professor & Life Fellow at Gresham College where he created the Long Finance initiative asking “when would we know our financial system is working?”.  He has been awarded Consigliere del Senato Accademico of L’Accademia Tiberina, British Computer Society Director of the Year, UK Foresight Challenge & Smart Awards for projects. His third book, written with Ian Harris, The Price Of Fish: A New Approach To Wicked Economics And Better Decisions, won the Independent Publisher Book Awards Finance, Investment & Economics Gold Prize.

How Artificial Intelligence and Machine Learning can solve societal problems

In this talk, Chryssi will discuss a number of subjects to be considered when developing Artificial Intelligence (AI) and Machine Learning (ML) algorithms to solve problems within the financial industry that have societal impact. These cover the importance of use cases, relevance of data sets to develop ML models, the level of reliance on ML models and the awareness of their boundaries, the need for transparency and the balance between AI and human interaction.

Chryssi is a highly motivated professional with a unique experience in financial services specialising in FinTech and RegTech. Chryssi’s passion is to design, build and deliver a financially inclusive, resilient and sustainable infrastructure for the benefit of society. She covers a breadth of professional experience ranging from regulation (FCA), risk management, business development, trade finance, payments, and treasury. Chryssi has consulted and implemented many treasury and risk analytics system projects for blue-chip companies across EMEA. Chryssi is the COO of Kalgera, a social FinTech early-stage company (top 30 in the UK TechRound 2020) focusing on financial resilience and vulnerability. She is also a Lecturer at London Institute of Banking and Finance specialising in Digital Technologies and FinTech. Chryssi is a thought leader in the payments industry, and the Founder of StarLiX, an innovative tokenised payment and compliance system for payment institutions to enable cross-border payments to developing countries. Chryssi holds a first-class-honours BEng in Civil Engineering, and two MSc in Financial Mathematics from University of Warwick and Technology Entrepreneurship from UCL. She values personal development and life-long learning, and therefore, has undertaken numerous qualifications in Investment Advice (FCA), Risk Management (PRMIA), Data Science and ML (Mindstream), Blockchain (UCL CBT), Innovation (MIT). Chryssi is an Industry Associate at UCL Centre of Blockchain Technologies and volunteers as a mentor for a non-profit (Madrinha Trust) and as a Governor at a North London school (Governors for Schools). 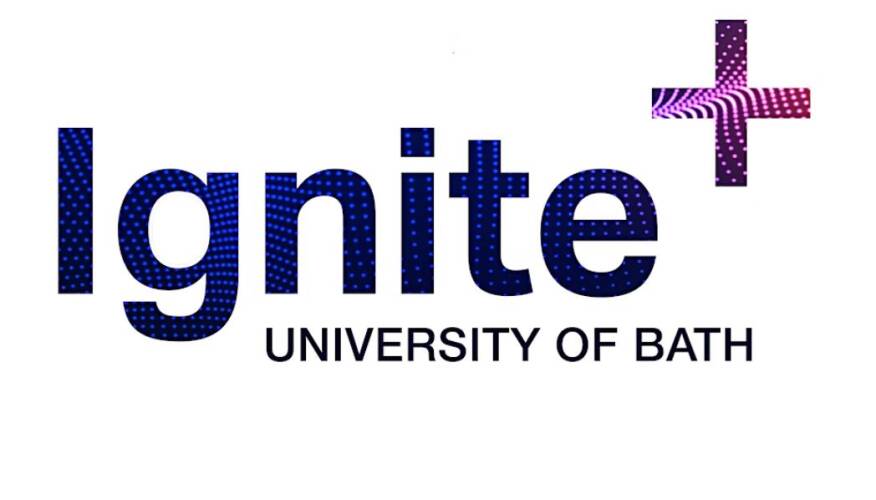